Have You Ever Been Lonely? Christian Living

Life today is full of people but physical proximity does not necessarily cure social isolation. Do you know any shopaholics? Could they be trying to buy happiness by filling gaps in their lives?
Albert Einstein said  " It is strange to be known so universally and yet be so lonely." Even fame does not guarantee happy relationships with others.

Solitude is not the same as loneliness. Solitude is generally a choice, a choice to forego the company of others. It can be a time to be creative, to refresh, to meditate and pray.

Loneliness is usually not voluntary. It can be triggered by a loss such as death or divorce, moving to a new loc…
2 comments
Read more

Plague and Pestilence in Modern Times.

March 25, 2020
Several years ago I began writing a book. It was about the life of a small group of people post pandemic. Actually I started two books with different characters and circumstances. Several hundred pages into the first one I realized it was totally ridiculous and the second one only slightly less so.  I finished neither. Not a surprise since I have a life time of half finished projects behind me.

So here we are, 8 years later in a real life pandemic. I have not buried bodies or searched houses for food and medication or journeyed hundreds of miles on foot. This is not pandemic of the deadly proportions I had imagined.

It is serious enough to make me postpone a visit to my newborn grandchild. I coughed this morning and I felt hot. I am in Florida where it is 90 degrees today. Paranoia. I was going to leave here, my husband already has headed north. Here, I am all alone. I am a danger to no one and no one is a danger to me. I speak to neighbors. Most of them will be leaving he…
1 comment
Read more 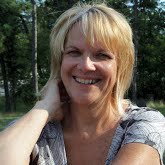 
And everybody was Kung Foo Fighting...Sometimes the amount of controversy elicited on Facebook reminds me of that Foo Fighters song.

It all started with re posting a joke, innocent enough you might thing. It was offering one of our leaders to Iran to replace one of theirs that we had executed.

I was called on the carpet by several people, saying calling for the murder of someone is unchristian. Hold up - murder? I thought the joke was offering her services, let her ruin their country instead of ours. Maybe I am just dense.

One person was particularly upset with me and those who agreed with me. She became personally insulting. Had I expressed something heinous? I have been mulling it over, frankly it is keeping me awake at night. Of course I initially felt angry, as we all do when criticized but the reasonable thinking man will analyze the criticism for validity.

I prayed, awaiting some expression from t…
1 comment
Read more 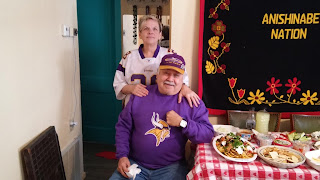 I was talking to my husband yesterday about Christianity and mental illness. I bless my husband who recognized my suffering and insisted I get help.  But how can an untreated person be a Christian when they cannot control themselves? Since he has witnessed my meltdowns when I get off my medications. Ken felt he did not have the answer.

What happens, after about three days without medication I am appalled to hear the things that come from my mouth. I can hear them but I cannot stop them. Indeed it is if a demon has entered.
I say cruel and critical things, everything is very negative. I also cry a lot because I say the most negative and hurtful things to myself.
I am a total failure at life, a bad mother, too stupid to even bake a loaf of bread. Nothing good has ever happened to me in my whole life. I should just ram this car into a bridge abutment. Why would my husband love someone as fat and ugly and stupid as…
1 comment
Read more

Paul Harvey and the rest of the story

September 01, 2019
Don't you hate when people make a reference to something in their life and you aren't"in on it". You have no idea what they are going through or what kind of emojii might be called for. So this will be the full story, the rest of the story.

As I was thinking about writing this, I had the urge to be vague. After all, so many times the truth can show us in an ugly light. I want everyone to think I am sweet and nice all the time. Well, I am not.  So while this story doesn't reflect well on me, it reflects the wisdom and power of our God.

I am 13years older than my brother and happily retired but for the last two years I have worked at various parts time jobs to pay his monthly condo fees. A condo my aunt purchased for him. Some of the jobs were hard, lifting furniture, carryin…
1 comment
Read more

June 16, 2019
On Father's Day, particularly on Facebook we see many heartwarming pictures and stories. Then there are those of us who are silent. Those whose fathers died before we were old enough to have memories, who opted out, or just didn't leave any good memories.

My father died this past fall in October. I wish I could say I was grief stricken. Unfortunately I was only mildly sad.  I did feel bad for his mate of many years, Ruth and her family. They loved him and became his family. I am grateful that he had that.

I realized that I know almost nothing about him on an intimate level. Did he hang a robe on the bathroom door? Colgate or Crest? What was his favorite color, or season, or food, or sport? Chocolate or vanilla cake? None of the things you know about people by years of close association.

So whose fault is it? Sadly, neither of ours. Society in 1959 took a dim view of divorce, at least in our part of the world. It was very rare.  Mothers would get custody...period. There was no c…
Post a Comment
Read more

Are You a Good Mother or a Bad Mother

May 04, 2019
The title is paraphrasing Dorothy Gale from the movie The Wizard of OZ.  It can be difficult to tell the difference just by looking.

I am working my way through the Old Testament. I began jotting down the names of the women mentioned on an index card.  To my surprise I have filled three cards front, back and margins and started a fourth.

Some of the women's names are probably well known to you. Heroes like Marian and Rahab, strong leaders like Deborah, great beauties like Bathsheba and beautiful evil ones like Jezabel and Delilah.
There are so many more, their names are listed with the description as "mother of....". This puzzled me for a while.  If this was their only claim to fame why were they actually named?

Today, on this eve of Mother's Day (a holiday that did not exist as far as we know in Biblical times) the significance hit me. The mothers of particularly successful Godly men were named. The mothers of exceptionally evil leaders were named, often with the in…
1 comment
Read more
More posts